ANC has declared 2021 the year of Charlotte Maxeke

Traditional healer arrested on charges of sexual assault and rape

Six members of a Port St Johns family are confirmed to have tested positive for the coronavirus, the OR Tambo District Municipality in the Eastern Cape said on Wednesday.

Mayoral spokesperson Mntuwoxolo Ngudle said the family was in self-isolation as provincial health officials traced with whom they had been in contact.

He said the family members had attended a funeral in the town – before President Cyril Ramaphosa announced the nationwide lockdown – but that it had not yet been established whether this was where they had contracted the virus.

By Wednesday night, 2 506 people are infected across the country.

The three provinces with the highest infection rates are Gauteng with 930, the Western Cape with 657 and KwaZulu-Natal with 519.

The Eastern Cape has the fourth highest number of infected persons at 199. 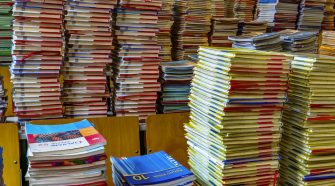