A VOCAL Covid vaccine denier who quipped, “I got 99 problems but a vax ain’t one” has died from the virus after fighting it for a month.

Stephen Harmon lost his battle on July 21 – after posting a moxie-filled tweet back in June: “IF YOU’RE HAVING EMAIL PROBLEMS, I FEEL BAD FOR YOU, SON. I GOT 99 PROBLEMS BUT A VAX AIN’T ONE!”

Harmon was described as being in his early thirties and had graduated from Hillsong College and a faithful member of California’s Hillsong congregation.

“He was one of the most generous people I know and he had so much in front of him,” Hillsong Church’s president Brian Houston announced on Instagram.

“He would always turn up to our grandkids soccer games and he will be missed by so many. RIP.”

Before his death, Harmon appeared to not take the pandemic too seriously.

Back on May 25, he created a meme featuring the rapper Drake side by side with Dr. Anthony Fauci.

He claimed to put more faith in his religion than mortals like Fauci pushing for people to adhere to specific restrictions to prevent the spread of the disease.

He appeared to lampoon“Biden’s door to door vaccine ‘surveyors’” in a July tweet, claiming they “really should be called JaCovid Witnesses.”

He added a “KeepMovingDork” hashtag.

But the next day, Harmon was humbled by the effects of Covid-19 on his immune system.

“One of the biggest lessons I’ve learned during this covid journey is this, when you find yourself in a position where faith is all you got left, there is a depth of trust & peace that comes because you discover there is no other option than to choose faith and joy in the trials.”

Harmon’s condition only appeared to progressively worsen after he was diagnosed with both “pneumonia + now bacterial pneumonia” and describing how his “oxygen dependency” was worsening.

On July 18, Harmon was publicly asking for prayers.

“Please pray y’all, they really want to intubate me and put me on a ventilator.

“Even the slightest movements and my heart rate skyrockets and oxygen dependency increases,” he wrote in a tweet.

The call for prayers evolved into pleas for miracles.

“If my oxygen crashes again they will have to intubate me or I risk significant brain damage from going unconscious and it’s possible i may not come back,” he wrote on Twitter.

“I’ve seen the miraculous before but I need [a] miracle to happen, now!”

That hope appeared to fade with his last tweet with Harmon asking for one last prayer: “i’m choosing to going under intubation, i’ve fought this thing as hard as i can but unfortunately it’s reached a point of critical choice & as much as i hate having to do this i’d rather it be willingness than forced emergency procedure. 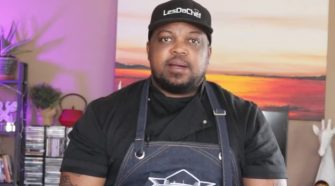