Pamela April 13, 2022
Singer Zahara loses her house a week after losing her SA Awards
According to City Press, Zahara has been struggling to pay her R1.9 million loan for her Roodeport home and Nedbank could auction off her home to the highest bidder on Saturday 7 May.
It is said Zahara has been struggling to settle her R1.9 million loan for which she secured surety with her townhouse.
City Press, also reported that the Loliwe hitmaker’s R1.9 million loan was finalised on 25 July 2012, but she has been butting heads with Nedbank after failing to repay the loan.
The bank first flagged that Zahara was not keeping up with her loans in April 2018, pushing the bank to issue of notice of motion which was filed at the Johannesburg High Court.

In October 2019, the high court successfully granted an execution order against Zahara’s Roodeport house after she stopped paying the amount she owed for almost six months.

Since the news broke, many of her fans have expressed sadness over her continuous struggles after she was also robbed of her six SAMA awards only a few weeks ago.

A number of them have suggested that funds be raised to help the singer come back to her former glory. 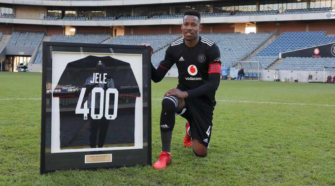