Bafana Bafana remain firmly on track to qualify for the 2022 Soccer World Cup after beating Ethiopia 1-0 at the FNB Stadium on Tuesday evening.

The narrow win kept Hugo Broos’ side atop the Group G standings on a day that saw both Ethiopia and Zimbabwe eliminated from contention.

Bafana Bafana boast 10 points after four of their six group matches to date, with only Ghana (9 points) mathematically still in contention for the next phase of qualification.

Only the 10 group winners will progress to the next phase which will see those teams randomly drawn into five home and away fixtures with the winners of those matches confirmed as Africa’s five representatives at next year’s tournament in Qatar.

South Africa last ‘qualified’ for a Soccer World Cup when they won the right to host the 2010 edition with the host nation automatically gaining a spot in the tournament.

Prior to that, Bafana Bafana qualified for the finals in France in 1998 and South Korea and Japan in 2002.

In all three of the above tournaments they were eliminated in the opening group stage.

Bafana Bafana’s remaining two qualification matches for next year’s tournament will see them host Zimbabwe (tentatively scheduled for Thursday, 11 November), before wrapping up their programme in what is looming as a win-or-stay-home clash away to Ghana (Sunday, 14 November at this stage).

However, should Bafana Bafana beat Zimbabwe and Ghana lose to Ethiopia in their next match, South Africa will progress to the next phase regardless of the outcome of the final match in West Africa. 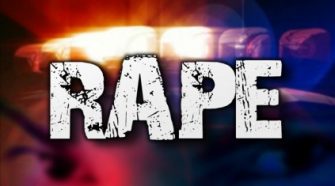