The South African Broadcast Corporation (SABC) reiterated its call for a general TV tax in a recent presentation to Parliament, BusinessTech reported. Households and businesses would have to pay the tax regardless of whether they watch SABC content or own a TV. With streaming gaining popularity in South Africa, receiving a broadcast signal on a television set is no longer the only way to watch SABC productions. According to the SABC, people should pay based on being able to access its content on any device.

Exemptions would be made for indigent households, and discounts offered for pensioners, the SABC said. The SABC’s presentation to Parliament comes after the broadcaster raised concerns over the draft SABC Bill, which still includes the traditional TV licence model. Cabinet approved the SABC Bill on 4 July 2021, and it was published for public comment on 19 July. Despite submissions from the Organisation Undoing Tax Abuse (Outa), MultiChoice, and the SABC suggesting a household levy to replace TV licences, the bill proposed keeping South Africa’s TV licence regime as-is.

The SABC proposed several alternatives, as it faces record-high levels of people refusing to pay their TV licences. In its annual report released at the start of October, the SABC told Parliament that TV licence revenue had declined by 0.4% to R788 million. “This resulted in only 18% of the total licence fees billed being realised as revenue, which is very similar to that realised for the year ended 31 March 2020,” the SABC said. These figures do not consider the suspected millions of households with TVs of which the SABC is unaware.

At the same time, the SABC’s advertising revenue plummeted by R740 million, an 18% decrease. The broadcaster blamed the drop in advertising revenue on the depressed economy compounded by the effects of the Covid–19 pandemic, lack of marketing, and declining audiences. In its most recent presentation to Parliament, the SABC showed that its TV licence evasion rate increased from 80.6% in 2020 to 82.1% in 2021. The SABC has proposed several alternatives to the current TV licence regime to address this growing problem, including requiring the dominant pay-TV service in South Africa to collect TV licence fees on its behalf. MultiChoice has baulked at this proposal and instead backed the idea of a general public media levy.

“Our position is very clear. We can’t be held responsible for collecting money on behalf of a government entity,” MultiChoice group CEO Calvo Mawela said during an investor call in June. To address the SABC’s rising costs for collecting outstanding TV licence fees, communications and digital technologies minister Khumbudzo Ntshavheni has backed a proposal to introduce a TV licence amnesty.

Ntshavheni told Parliament’s portfolio committee for communications that the amnesty would give the SABC more breathing room to deal with its financials. “We are awaiting the concurrence of the National Treasury so that we can take the matter to parliament to make sure that there is an amnesty on TV licences,” she said. “We believe that if the SABC achieves this amnesty, they will be able to use the opportunity to improve their financial standing.”

Next Rapist Traditional Healer sentenced for rape and kidnapping 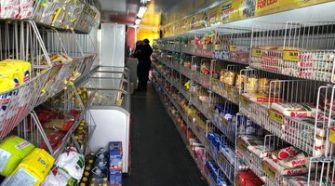 ‘Lovebirds’ who were married for 76 years die 6 hours apart