Pamela April 13, 2022
The Provincial Commissioner of Police in Limpopo Lieutenant Thembi Hadebe has welcomed the long jail terms handed down by the High Court in Polokwane against two men convicted of murder during separate incidents.
On Tuesday 10 May 2022, Raphiri Jappie Shiko (32) was found guilty of the grisly murder of his pregnant ex-girlfriend Moloko Coslina Matete ( 22) at Molinda village in the Witpoort policing area outside Lephalale on 18 May 2019.
The accused went to the victim’s home and forcefully took her to the local soccer field where he strangled her with a wire, assaulted her before crushing her head with a stone in the late evening of that day.
It is reported that the went to the victim’s house who was about five months pregnant, even after she had filed for a protection order against him.
The ruthless criminal was arrested the following day and was detained at Witpoort Police Station but managed to escape from the holding cells shortly after that.
He was later re-arrested at his homestead in Kitty village few kilometers from the victim’s home following an intensive search operation by the police.
The accused was convicted and ultimately sentenced to life imprisonment yesterday. In the meanwhile, Maimela Raymond Tlaleng (48) was sentenced to 13 years imprisonment for the murder of Segwane Ananias (48) near Steelbridge village in the Sekhukhune area on 26 August 2018.
The accused was allegedly sitting with his friends when the victim arrived and parked his vehicle next to them. The victim alighted from the vehicle but suddenly the accused fired several shots at him. The victim was certified dead at the scene.
The suspect was arrested shortly after the incident and he was later released on bail after several court appearances before the Sekhukhune magistrate’s court. The matter was later transferred to the High Court in Polokwane and in the end he was convicted sentenced to 13 years imprisonment today, 11 May 2022.
“We have to be vigilant always and work tirelessly to fight all crimes especially against women and children. The safety of vulnerable groups is our priority and we must work together to protect and keep them safe”, concluded Lieutenant General Hadebe. 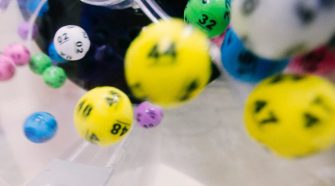