The rape case against prominent Bishop Stephen Zondo was postponed to 15 November. The leader of the Rivers of Living Waters Ministries is accused of raping several congregants and a family member.

During court proceedings on Tuesday Zondo’s legal representative, Advocate Piet Pistorius SC, wanted to bring an application for the Commission for the Promotion and Protection of the Rights of Cultural, Religious and Linguistic Communities to disclose the transcripts of the statements of the women who accused him of rape at the CRL Commission hearings.

But Judge Peet Johnson dismissed that attempt, ruling that the Commission is not a direct or indirect party in the trial.

Johnson also said this will not prejudice Zondo in any way because the defense can cross examine witnesses. Both the state and the defense confirmed in court that they were in agreement for the case to be postponed.

This is not the first time this matter was postponed, the same happened last month when Zondo changed his legal representatives.

Previous Meet the alleged Limpopo billionaire who washes his face with a two litre bottle of Coke.

Next The Department of Basic Education amends matric exam timetable 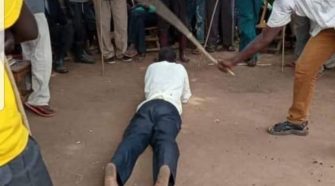