R&B singer R Kelly was sentenced to 30 years in prison Wednesday for leading a decades-long effort to recruit and trap teenagers and women for sex.

Judge Ann Donnelly handed down the term in the Brooklyn federal court nearly a year after Kelly was convicted by a New York jury.

He is among the most prominent people convicted of sexual misbehaviour during the #MeToo movement against such conduct by prominent men.

Earlier on Wednesday, several women who testified against Kelly during the trial spoke about how he had promised to mentor them and help them attain stardom, only to subject them to degrading sexual treatment and physical harm. Many said the abuse led to mental health problems that persist.

“You made me do things that broke my spirit. I literally wished I would die because of how low you made me feel,” said one unnamed survivor, directly addressing a Kelly who kept his hands folded and his eyes downcast.

In September, a jury in Brooklyn federal court found the fallen superstar guilty on all nine charges he faced, including the most serious of racketeering.

“His actions were brazen, manipulative, controlling and coercive. He has shown no remorse or respect for the law,” prosecutors wrote in their sentencing memo.

“A lengthy sentence of imprisonment will serve to deter others – including those with wealth, fame and the outsized power such status brings – from engaging in similar crimes,” they added. 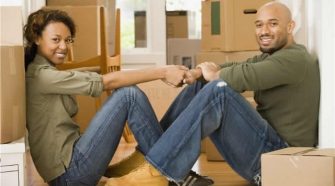 She left me after paying her rent; now I’m chasing her for a refund