Two parents have been found guilty of abusing their infant daughter. The parents were convicted in the Pretoria High Court on Tuesday.

They cannot be named to protect the identity of the child.

During proceedings, the court heard how the parents assaulted their baby from the age of five weeks.

The case was brought to light by AfriForum last year after medical staff tried to help social workers open a case against the parents. The case was allegedly withdrawn due to a lack of evidence.

AfriForum’s Advocate Phyllis Vorster says the baby was rushed to Eugene Marais hospital in a critical condition in July 2020.

“She was treated for pneumonia, shock and dehydration. She was underweight and further tests showed her collar bone had been broken. Her femurs were also broken and she had fractured ribs. An MRI scan showed injuries that were most probably caused when someone shook her violently causing her head to shake from shoulder to shoulder,” Vorster says.

Presiding over the case, Judge Hennie de Vos ruled that the child had sustained 31 fractures over the five times she was assaulted.

She adds that the judgement is a victory for this child and also for justice.

“We must not forget that the real heroes in this case are the doctors who treated this child. The Private Prosecution Unit had to become involved in this case to ensure that the parents were held responsible for their deeds and we welcome the successful prosecution of the accused persons by the National Prosecuting Authority,” Vorster says.

Next NSFAS R14 million: “I spent money but I didn’t steal!” 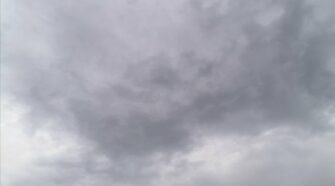