On the evening of Saturday, 18 June 2022, Sergeant Neville Mouton, Constable Melvin De Wee and Reservist Constable Ricardo Van Wyk were patrolling in Witrand Kakamas when they noticed a house that was burning.

Three SAPS members from Kakamas who rescued an elderly bedridden man and three children from a burning house have been praised for their heroic actions.

The members immediately reacted and gathered water in buckets in an attempt to extinguish the fire.

According to Captain CJ Prins. Quick thinking and heroic action by Reservist Constable Van Wyk in entering the burning house and rescuing the occupants have averted a potentially lethal situation.

“As the front door was already engulfed in flames the member without hesitation, broke the window to gain access to the elderly man. He carried him to the window where he managed to hand him over to police members outside who took him to safety,” said Captain CJ Prins

The fire was later extinguished however, the house was badly damaged by the fire.

The cause of the fire is currently being investigated.

Relatives of the elderly man and the children expressed their gratitude towards the actions of the three members in saving their family members.

Colonel Dries Witbooi, the Station Commander at Kakamas SAPS thanked the members for putting their lives at stake to ensure the safety of the community members. This incident demonstrates the bravery shown by police officers as they go about serving our communities.

Next R Kelly sentenced to 30 years for sexual abuse 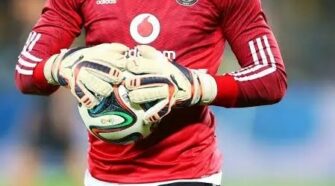