Lesufi was elected with 575 votes while Maile obtained 543 votes. The leadership composition of the top five provided a mixed unity outcome.

Despite Maile losing out on the top job, his other supporters took home the prize. The ANC in Ekurhuleni were the biggest winners of the night with the region’s secretary Thembinkosi TK Nciza elected as the provincial secretary.

Morakane Mosupye, who was nominated by those backing Lesufi, was elected as provincial treasurer.

Panyaza Lesufi is elected Gauteng ANC Chairperson at the hotly contested conference in Benoni in the early hours of Monday. His deputy is Nomantu Nkomo-Ralehoko with TK Nciza as Provincial Secretary deputised by Tasneem Motara and Morakane Mosupyoe elected Treasurer #sabcnews pic.twitter.com/dAYWmCEfJm

Previous Three people have died after a wall collapse in Limpopo

Next Stage 4 load shedding to continue until Wednesday- Eskom 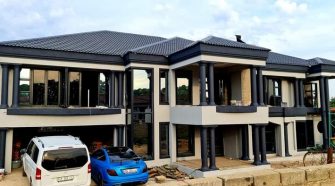