The African National Congress Women’s League says it is appalled by the incident of gender-based violence, which occurred at the Pan-African Parliament (#PAP) on Monday. Djibril War of Senegal was caught on camera kicking ANC MP, Pemmy Majodina.

Majodina told Eye Witness News that she was attacked when trying to intervene in a fight between War and Pupurai Togarepi from Zimbabwe.

“I went in there to make peace; I was trying to separate them. It is at that stage that I was attacked by honourable Djibril who is the chairperson of the rules,” she said .

“And he kicked me. It is against that background that I’m going to open a case but now that the fight must be directed to me… I’m not going to take this lying down.”

ANCWL members will be picketing outside Pan-African Parliament over  Majodina’s assault. They are calling for PAP to suspend War.

Majodina had initially intended to open a case against the Senegalese delegate.

She, however, had a change of heart after War apologised.

Next Approached roadblock with a bottle of brandy between his legs 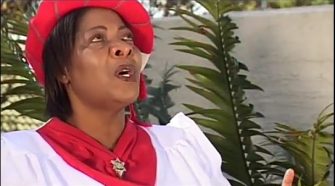