A court has denied bail for a man accused of murdering his wife then burying her body under a bathtub.

Magistrate Lundi Qangule agreed that granting Ndema bail would not be in the interest of justice and society.

He stated that Ndema had failed to show exceptional circumstances permitting his release on bail, as required in a bail application for a Schedule 6 offence.

It is alleged that Ndema killed his wife, Noluvuyo Nonkwelo (36), at their marital home in Butterworth, Eastern Cape, in July 2019.

Ndema faces charges of premeditated murder and defeating the ends of justice.

“He reported his wife as a missing person to the police, even though he knew that was not true,” NPA spokesperson Luxolo Tyali says.

Police arrested Ndema in August this year after Nonkwelo’s remains were found buried under a bathtub in their home.

According to Tyali, the couple’s children alerted their grandparents that since their mother’s disappearance, the bathtub had been repositioned.

“DNA results have confirmed that the remains are indeed those of Nonkwelo and have since been released to her family for proper burial,” Tyali says.

Nonkwelo opened a case of assault

At an earlier court appearance, Ndema abandoned bail but later changed his mind.

“His attorney contended that the charge is a schedule 5 offence, meaning it was not premeditated murder. Ndema also distanced himself from a confession he made to the police admitting that he had murdered his wife because she was having an extramarital affair,” Tyali says.

Prosecutor Andile Tembani submitted confirmation from the Director of Public Prosecutions, stating that the crime was a schedule 6 offence.

Tyali says during Ndema’s application, it was established that his wife once opened a case of assault with intent to cause grievous bodily harm against him.

The case has been postponed to January 2022 for further investigations.

Previous Moti Brothers Kidnappers Made Off With R50m Ransom: Report

Next Noxolo Mathula is a business woman 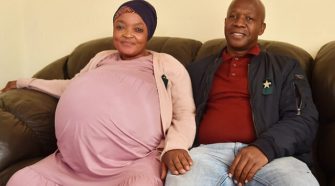