President Cyril Ramaphosa has thanked the Mandela family “for the very important gesture” of sharing with the nation that Zindzi Mandela-Hlongwane had tested positive for Covid-19.

Paying tribute on Thursday night to the country’s ambassador to Denmark and a “woman who fought for freedom”, the daughter of Nelson Mandela and Winnie Madikizela-Mandela, during a virtual memorial service hosted by the ANC Women’s League, he felt this helped to address the stigma attached to the coronavirus, “helping to encourage social acceptance for sufferers” 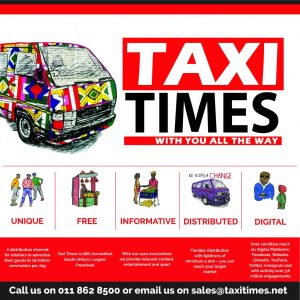 He deemed it a “final act of solidarity in the life of a woman who devoted her life to the cause of her fellow South Africans”, whose “legacy will live on in our hearts and minds”.

Born in 1960 and growing up in the “harshest conditions”, Zindzi passed away on Monday in a Johannesburg hospital, dying on the anniversary of the passing of Nelson Mandela’s first-born son Thembekile 51 years ago. Zindzi will be laid to rest on Friday in Fourways, north of Johannesburg, next to her mother.

Just yesterday, we received the news that Zindzi too had tested positive for the virus. I would like to thank the Mandela family for the very important gesture of sharing this information with the nation,” said Ramaphosa in his tribute on this “tragic, untimely” loss.

“This is a virus that affects us all and there should never be any stigma around people who become infected. In doing so, you’re helping to encourage social acceptance for sufferers.

“At such a time, what we need most in our lives is to show love and to show care. This gesture is the final act of solidarity in the life of a woman who devoted her life to the cause of her fellow South Africans.

“Zindzi has departed this life but her legacy will live on in our minds and in our hearts.”

“Propelled into a life of resistance”, Ramaphosa acknowledged that one of the things Zindzi will be remembered for was when she gave a speech on behalf of her father in 1985, where he rejected the apartheid government of PW Botha’s offer of a conditional release from prison.

“It was at this very moment that Zindzi’s courage, bravery and leadership talents were displayed for all to see,” said Ramaphosa.

“She captured the hearts and the minds of all freedom-loving South Africans as the message was broadcast to the world. Through her reading of Madiba’s letter, the articulation and her defiant posture ignited the people of our country.

“As a young women, she motivated our people to go on with the fight against the oppressors. She literally fired up all us – not only those of us who were in that stadium, but she fired up the entire nation.”

Zindzi Mandela tested positive for Covid-19 when she died: report