Ben 10 Vusi Buthelezi wanted by police, Zodwa Wabantu says he is a fraudster

ENTERTAINMENT: Somizi exposed for being a thief

Drivers can expect electronic driving licence cards within the next 2 years.  Alex Moemi, Director-general of the transport department, told parliament yesterday that they’re working on a more durable and improved driving licence card, with better security features.  Moemi said that they want to introduce it within the next two years.  Addressing parliament’s oversight committees, Moemi explained the strategic objective of the Driving License Card Account (DLCA) trading entity to provide secure and high quality driving licences.

According to Moemi there was a clear need for the modernisation of licences.  The modernisation process which have been set in motion, would not only produce a new licence card, but also introduce a network infrastructure that links the driving licence testing centres to put in applications for the printing of licences.   It would improve the turnaround time from 12 days to  only seven days.

The process would ensure that the technology is up to date, safe, and that  there would not be any disruptions in the printing of the cards, as have been experienced previously.  The re-engineering of the process flow will ensure the automation of support services to eliminate the potential for fraud.

“It’s a race now against time for the replacement of the machine and of ensuring that we are able have a modern, world-class card,” Moemi said.

He continued that the National Treasury has given the department the go-ahed to reinvest some of the money it generates towards recapitalising and modernising of systems over the next five years. “From the liquidity point of view, the entity is doing exceptionally well,” said the Director-General.

Next Cyber Criminals a threat during lockdown 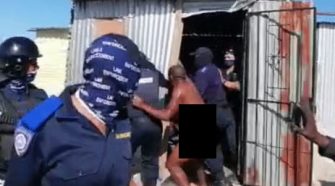