A wounded man has been arrested after a shootout near Blue Downs just after the level 1 curfew began today.

One officer was wounded in the foot and taken to hospital, where he is recovering, said City of Cape Town Law Enforcement spokesperson Wayne Dyason. The suspect was also taken to hospital for medical attention.

The man had been spotted walking near Cuanza and Great Fish streets at five minutes after midnight. Dyason said members of the Mfuleni Law Enforcement Advancement Plan had approached the man and questioned him on where he was heading, because it is risky to walk in the area at that time of the morning on his own.

During the discussion, the man pulled out a gun and pointed it at the officers, threatening to shoot them.

’’The officers, despite their lives being in imminent danger, remained calm and tried to dissuade the suspect from shooting. Unfortunately, he opened fire and the officers retaliated,’’ Dyason said.

’’There was an exchange of gunfire in which both the suspect and an officer were struck by bullets. The suspect then attempted fleeing from the scene and at the same time attempted to discard the firearm.

’’He was caught and arrested by the officers. A 9mm pistol and ammunition was recovered,’’ Dyason said.

The suspect was charged for attempted murder, possession of an unlicensed firearm and ammunition (three rounds).

Yesterday at about 10.24am in Eindhoven, Delft, officers spotted a man walking in Danube Street, Eindhoven.

The officers stopped the man and found a zip gun, ammunition and a dangerous weapon in his possession, Dyason said.

’’The suspect was arrested and taken to Delft SAPS for processing,’’ Dyason added. 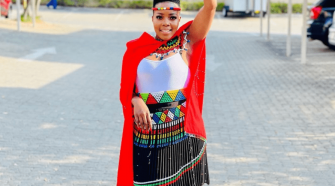