Nelson Mandela Bay is running out of water. Dam levels were at 13% capacity on 10 May. The municipality projects that unless rain comes, the area will run out of water by the end of June.

In 36 days, 107 areas in the Nelson Mandela Bay metro will be without water as dams in the municipality stand at less than 3%.

The areas in which taps will run dry in June include the western suburbs and the Uitenhage/KwaNobuhle area as well as peri-urban areas such as Greenbushes and St Albans, where one of the Eastern Cape’s biggest prisons is situated.

The Nelson Mandela Bay municipality has installed more than 25,000 restrictors across the metro to limit water flow as part of its efforts to reduce consumption.

Next ANC in Ekurhuleni and Johannesburg regions postpones elective conferences 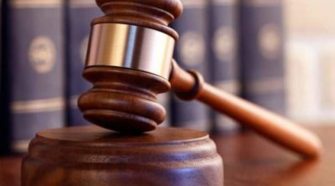