A woman is being berated online after questioning whether she could sue her rich ex-boyfriend after he made her accustomed to a lavish lifestyle and now refuses to pay for it.

The unnamed woman even went as far as accusing her ex of ‘abuse’ because she “didn’t ask for this lifestyle” which she can no longer afford to maintain without his money.

“So he upgrades my life. I didn’t ask him to, he was in love. Moved me to a nice neighbourhood, furnished my house lavishly, bought me an Audi Q5, I started wearing 30k weaves and he sponsored holidays for me and the girls,” she wrote in a Facebook rant, which has been screenshot and shared to Reddit.

“Granted he’s rich but I didn’t ask for these things. He did them all on his own.”

However, after three years together, the woman and her rich partner decided to call time on their relationship as they had drifted apart, but the pair remained friends and would still occasionally attend events together.

“But after the year ended and it was time to renew the car insurance, he didn’t respond to my messages. He used to pay my rent in quarterly payments, but when the rent was due he ignored my calls. In short, I was on my own,” she continued.

“The issue is… I never asked to be in this situation. My social circle changed, life changed, my social standing changed and everyone around me is telling me to sell the car or household items and move back to where I used to live.

“This is like abuse. Why should I have to suffer because a rich man loved me? I have a business, I sell shoes and bags… but I don’t make enough to pay my bills.”

The woman finished the post by pleading for advice on whether she would be able to sue her ex for allegedly dropping her in this predicament.

A Reddit user later shared the post on the Trashy forum, where the woman was berated and told “sell her s*** and stop whining.”

“I feel left out because I didn’t even realize all my exes were still supposed to be paying for my lifestyle after all these years,” one person joked. “I have about ten exes I need to call now.”

Another added: “Ahhh the distress call of the common gold digger. It’s a truly beautiful song to hear.”

Meanwhile, other commenters pointed out that some states do have laws that protect common-law couples financially if they split up, however, this would only usually apply in situations where they share a mortgage and such – not for hair extensions and holidays.

Next ‘No vaccine, no grant’ SASSA clarifies misinformation 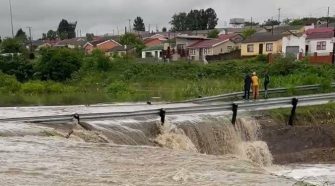