The 6-year-old child’s mother in Setlaleng, Bolobedu claims that her son was abducted and died in initiation school.

This follows the suspected death of a 6-year-old initiate from the Makhurupetji community on Tuesday, June 27 at the initiation school. It is reported that the chronic epilepsy was the result of the deceased’s death.
According to the reports the mother said that because her son was a minor, she had never approved of him going through the customary procedure.
She added that attempts to rescue the victim from the school had failed. The child’s death has been confirmed by Bolobedu police, and further investigations  are being made.

The Limpopo initiation school has been shut down and its caregivers suspended after the death of a six-year-old boy.

The provincial department of cooperative governance, human settlements and traditional affairs said the school in the Mopani district municipality admitted the minor with the consent of his parents on June 21.

Next Mass funeral for 21 teenagers who died at Enyobeni Tarven 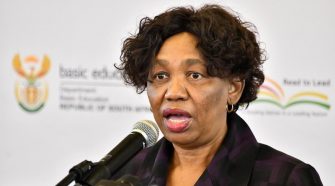