In a joint statement on Thursday, the unions said they were disappointed by the offer and would push for an increase in the double-digits.

“WE DEMAND A TWO DIGITS SALARY INCREASE. IT HAS BEEN OVER EMPHASISED THAT SO LONG AS ESKOM MANAGEMENT IS UNWILLING TO ENGAGE ON THE OTHER MORE THAN 15 DEMANDS, THEREFORE NO AGREEMENT IS TO BE REACHED BETWEEN ESKOM MANAGEMENT AND BOTH NUM AND NUMSA,” THE UNIONS SAID,

Members have also requested the unions to provide transport to Eskom’s Megawatt Park headquarters on Friday. The members were calling for the removal of Andre de Ruyter as chief executive, chief operating officer Jan Oberholzer, and general manager for people relations Thulane Ngele.

Eskom is offering workers a 7% wage increase to end an impasse that plunged South Africa into its worst blackouts since 2019. The proposed pay rise is on a sliding scale with higher earners receiving slightly less, one of the people said, asking not to be identified because the details of the matter isn’t public.

Next load shedding down graded to stage 4 until 4pm 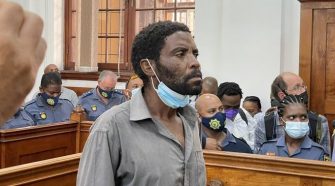