A new series dedicated to the life of controversial prophet, Shepherd Bushiri is coming out on Moja Love, iHarare can confirm.

Moja Love is said to be currently working on a drama series that is based on real-life events around the life of Bushiri.

Moja Love has managed to stay relevant over the years by giving Mzansi a variety of content that gets social media buzzing all the time.

This time around, it looks to shift from giving viewers reality shows but reality-based drama series on the Malawian pastor.

According to entertainment commentator, Phil Mphela, Moja Love is looking forward to start production in early 2022.

The documentation of Shepherd Bushiri, or Major 1 as he’s affectionately known by his church members, is one many are looking forward to see on small screens – especially through Moja Love’s lenses.

Major 1 never got a good welcome in SA since he established his ministry there. He currently faces a series of offences from fraud, money laundering, as well as the contravention of the Prevention of Organised Crime Act (POCA), which was committed from 2015.

The fugitive pastor is currently in Malawi where his extradition case is being heard so he could stand trial back in South Africa. 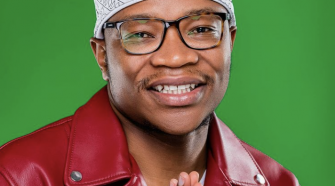