In his ‘tell-all’ Showmax documentary, Mohale Motaung tells it all on his failed marriage to Somizi Mhlongo and the events that led to their break-up with news anchor and radio host Aldrin Sampear.

Motaung admitted that he was happy with Mhlongo until certain things started to happen. He said he was controlled and constantly reminded that he brought nothing to the table except his “pretty face”.

Motaung denies wanting half of Mhlongo’s assets and alleges that Mhlongo is the one who suggested the joint split.

It shocked him, says Mohale, when he heard Somizi claim that he wanted 50% of their joint estate in their divorce.

“The very first letter we sent to Somizi  stated thereof that I want my clothing, I want the car which he bashed, I want the money for the wedding which belongs to the both of us. And that was it.” Mohale denies asking for 50% after divorce.

It was Somizi in his response letter, says Mohale, who suggested that. “To my surprise, he then goes on to his show to say that I asked for 50% of his assets when I had clearly just stated that I want my clothes, the car that he bashed and the wedding money.” 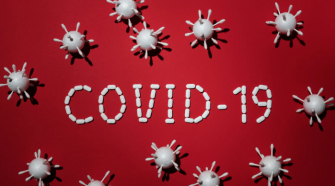