As the reigning Miss South Africa 2021, Mswane will be participating in the 70th Miss Universe pageant to be held in December in Eilat, Israel, where Andrea Meza of Mexico will crown her successor at the end of the event.

Miss South Africa Organisation CEO Stephanie Weil said that she was aware there were statements indicating that Mswane had pulled out but that these were completely unfounded and untrue.

With all the misinformation and fake news around, Weil added that the Miss South Africa Organisation was also thrilled to be able to make Lalela’s childhood dream – to wear the crown while representing her country globally – come true.

Mswane has spoken out openly about being bullied as a child and will not be bullied as an adult against fulfilling her ambition.

Weil said a “very, very small, but extremely vocal, group” had attempted, and failed, to derail Mswane’s chances at the prestigious international pageant.

As the reigning Miss South Africa, she will join participants from close on 70 countries in this contest and will represent South Africa to the best of her ability.

A few hours after the announcement that Miss SA will indeed compete, a statement was issued by the Human Rights organisation #Africa4Palestine, welcoming her withdrawal.

The organization wants the Miss Universe pageant to be boycotted due to Israel’s so-called apartheid policies that are well documented by Amnesty International.

The Miss SA organisation reiterated that they do not engage in politics.

Previous Lasizwe Wants To Date Again, Here Is How You Can Win Him

Next ZODWA WABANTU shares photos on vacation with her Ben 10

ANC SAYS THAT MISS SA WILL BE BETRAYING SOUTH AFRICANS BY ATTENDING THE MISS UNIVERSE PAGEANT IN ISRAEL. 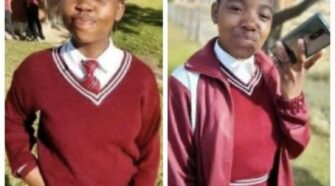