Pamela April 13, 2022
A mass funeral will be held next week Wednesday for the 21 teens who died over the weekend from chemical poisoning at Enyobeni nightclub in East London.
The group was seen gathered outside the Enyobeni Tavern on Wednesday, 29 June 2022 calling for justice for the murdered teens.
Authorities have determined that the chemical is carbon monoxide and was found in 21 victims who died over the weekend.
Government and the families agreed to hold the mass funeral on Wednesday, 6 July. The bereaved families will also be assisted with transportation of the bodies to burial sites of their choice.
“The Buffalo City Metropolitan Municipality (BCMM) has waved the grave fees for the burial of the deceased and together with the provincial government, will facilitate other logistical needs to ensure a dignified send-off for the deceased,” Eastern Cape government spokesperson Khuselwa Rantjie. 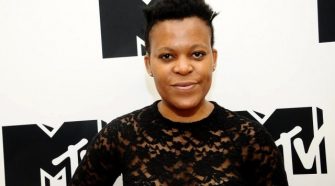