Alutha Pasile, the 25-year old boyfriend of Nosicelo Mtebeni pleads guilty to charges that he murdered and dismembered her body.

In August the mutilated body of 23-year old Nosicelo was found in a suitcase in Quigney, East London.

The death of the final year LLB student from the University of Fort Hare sparked widespread outrage, highlighting the prevalence of femicide in the country.

Her severed head and other parts of her body were discovered inside the home she shared with the accused.

His trial began in the Eastern Cape High Court on Monday where he faced murder charges. Pasile was also charged for defeating the ends of justice for trying to conceal Nosicelo’s murder.

Crime prevention members were patrolling when they were notified by a motorist that there was a body in a suitcase.

Before her murder, neighbours heard the couple arguing before complete silence fell.

Police have a water-tight case against Pasile with several eye-witnesses revealing they saw him leaving with the suitcases.

Alutha Pasile was arrested on 19 August and testified that his reasons for killing Nosicelo was because she cheated.

According to the NPA, he claimed that her behaviour had changed when she returned to campus.

Ngcakani adds that the accused allegedly unlocked his girlfriend’s phone and found messages between her and another man.

Pasile claimed that there were also photos of the man. The couple allegedly got into a heated argument that turned violent. When he realised she was dead, he allegedly cut up her body, placed it in suitcases and dumped them in a field.

Nosicelo would have graduated in April 2022, instead she was laid to rest on 4 September. 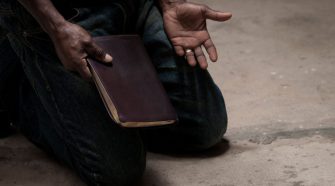