A pastor who took out life insurance policies on unsuspecting congregants has been sentenced in the Western Cape High Court.

His wife Siphosihle Pamba and hitman, Phumlani Qhusheka, were also convicted of the crimes.

The trio took out a life policy on Koloi without her knowledge and then murdered her.  Monqo was a pastor at God’s Work International Ministries.

Monqo was also found guilty of illegal possession of ammunition and 13 counts of fraud.

The court declared the trio unfit to own a firearm.

Pamba was convicted on 24 counts which are similar to those of her husband. Ntabazalila says Judge Papier deviated from the prescribed sentence for Pamba as she was also a victim.

The court said that she was abused by her husband and forced to participate in the crimes.  Judge Papier also noted that Pamba showed remorse and apologised to God and Koloi’s family.

“She asked for forgiveness from the deceased family and told the court that she deserved to die for the crimes she committed. She also did not participate in the gruesome murder of Koloi,” Ntabazalila says.

The court found that Qhusheka and Monqo showed no remorse.

The case involved a scam where Monqo and his wife took out life insurance policies on behalf of church members.

They also took out policies on his ex-lover and the mother of his child. The NPA says the couple planned their murders with intent to benefit from the payment of the life insurance policies.

“These unsuspecting victims were insured with Assupol, Liberty Life, Outsurance, 1 Life Insurance, Clientel Life and Discovery and the accused stood to benefit more than R26, 9 million,” he says.

Previous Muldersdrift shooting: Here is why Len Cloete was naked in video

Next Lady narrates how she was hypnotised, robbed near ATM 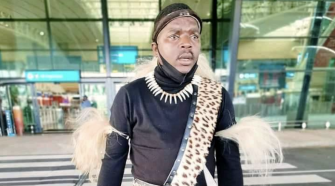