KwaZulu-Natal taxi commuters are urged to put more money aside as taxi fares will go up from Friday.

Spokesperson of the SA National Taxi Council in KZN, Sifiso Shangase said that the minimum fare was increased by a rand and they wont go below that.

“The maximum is an amount that is going to be utilized or debated by the taxi owners taking into account the expenses that we are actually incurring currently,” says spokesperson of the SA National Taxi Council in KZN, Sifiso Shangase.

Shangase says they had to increase taxi fares due to challenges of ongoing petrol price hikes in the country, among other things.

He says they need to sustain their business while keeping the needs of commuters in mind.

“We are also being told that there is an upcoming increment either at the end of July and there is also another one that is going to be upcoming in December and for us as the minibus taxi industry it is a principle which says we only increase once then they should also be clever enough to able enough to cover for these other upcoming increments.”

Shangase says the taxi industry has been struggling to cope over the past few months due to the high cost of living.

Previous Mass funeral for 21 teenagers who died at Enyobeni Tarven 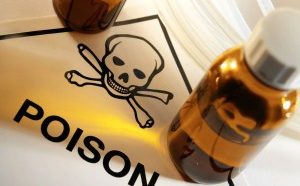