This comes after the release of Podcast and Chill latest episode on Channel O where the controversial TV personality was the guest. During the session, Jub Jub shockingly revealed that Kelly Khumalo uses ‘muthi’ and how every man that she has dated always ends up dying.

He said he wanted to do a “hit and run” with Kelly Khumalo, but unfortunately, she used muti on him and he ended up staying.

“When you look at it, growing up I was living a guy type of life, so when you look at me, you have Amanda Du Pont, and you have Kelly, the equation was not adding up. Do you understand what I’m saying? So there was no way that I would have gone for Kelly over Amanda,” he said.

Mac G went on and asked Jub Jub how he discovered Kelly Khumalo was using ‘muthi’ on him and Jub Jub revealed that his mother told him. He also said countless times and in his right mind he wanted out of the relationship but he couldn’t because of Kelly Khumalo’s ‘muthi’ effect. He claims that it did not make sense for him to choose to be with Kelly instead of Amanda.

List Of Women Accusing Jub Jub Of Abuse Gets Longer 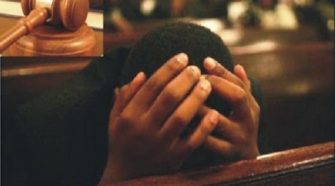 Man In Trouble For Threatening To Chop His Uncle Into Pieces