Jub Jub has set the record straight about allegations that he is an absent father. The musician and his ex-girlfriend Kelly Khumalo share 11-year-old Christian.

In an interview with MacG on ‘Podcast and Chill’, Jub Jub said: “Kelly has said that I never reached out to my son.”

Not only did Kelly say that on the show, but in 2011, she claimed Jub Jub was not making enough effort to be present in Christian’s life.

“All I hear is excuses…any parent who wants to be present in their kids life will fight tooth and nail for that to happen no matter the circumstances, if not the court is always there to mediate in such situations. Full stop,” she said.

Jub Jub said he has made attempts to see Christian.

In an interview with MacG, Jub Jub revealed that the last time he spoke to Kelly was when he was attempting to see his son.

The ‘Ndikhokhele’ hitmaker says he is fed up with how Kelly has been speaking about him in the media.

“There is always two sides to a story. What I expected from Kelly is she would have had the brains to say that’s the father of my child,” he said.

As a result, he says he expected Kelly to respect him, the same way he has respected her.

“The reason I’ve not said anything bad about Kelly is that she is the mother of my child. I respected her up until her so-called reality show came onto Showmax,” he said.

Jub Jub opened up about the attempts he has made to meet his son, especially after seeing how he keeps getting expelled from different schools.

“I picked up the phone and I phoned Somizi. I said ‘Somizi, I’m dying inside and I’m breaking, my body is deteriorating. I need my son. I need my little man and I’m not going to explain to anybody why now’,” he said.

The ‘Uyajola 9/9’ host says Somizi then spoke to Kelly to explain that Jub Jub wants to get in touch with her to meet up with their son.

He says Kelly told Somizi that Jub Jub must not call her, rather he sent a voicenote.

The singer then said he sent a voicenote to Kelly. He played the voicenote on the show.

“I am going to try and keep this as short as possible, I am not okay. I have also recently come to witness certain things that are not good regarding my situation with my boy. Please, I need my boy, my boy needs his father. Can we meet at your soonest convenience and see how we can address this issue and any other issue that you wish to address.

“I would just like for us to put out differences aside for the sake of our son. Amongst other things, I was dealing with a lot of things that I did not want to disturb this process. Please, please get back to me as soon as you can,” he said in the voice note.

Listen to it below.

“When you look at me, you put Amanda Du Pont and you put Kelly.

“There is no ways ever that I would have gone for Kelly over Amanda with a sober mind,” said Jub Jub.

He claims he cheated on Amanda because Kelly lured him with muthi. Jub Jub says it was his mom who told him Kelly used muthi on him.

“When I saw my actions, I saw that, no man…I am a good dude, I’ve got a conscious, I’ve got a good heart, I don’t think I could have done that to her [Amanda Du Pont].”

His interview has received mixed reaction on social media.

Below are some of the tweets.

List Of Women Accusing Jub Jub Of Abuse Gets Longer 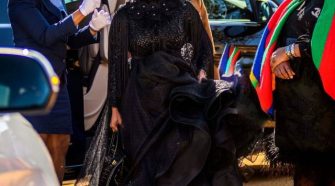