The first City of Joburg council meeting got off to a rocky start following disruptions by several members.

As a result the council meeting had to be postponed.

Chaos erupted over the election of oversight committee chairpersons.

The disagreement arose after the DA led multiparty coalition opposed a secret ballot.

Opposing council members from the ANC and EFF broke out into struggle songs.

The minority coalition want a secret ballot and said the DA is mocking the council by calling for an open ballot.

According to reports the Chair of Chairs Colleen Makhubele has already been sworn in.

Her nomination was confirmed by Mayor Mpho Phalatse and was seconded.

The ANC and EFF’s candidate nomination was not confirmed, which means councillor Makhubele was elected uncontested.

Provincial Secretary for the IFP, Alco Ngobese said it was disappointing to see representatives of the council behave in such a manner.

“It’s a sad day for the workers of the City of Johannesburg to see their representatives behave this way. We’ve been here the whole day and we cannot afford a few individuals to hold the council hostage because they don’t have the numbers,” said Mr Ngobese.

The council meeting has however been postponed until next Tuesday.

Next Inno Morolong allegedly accused of physically assaulting her friend 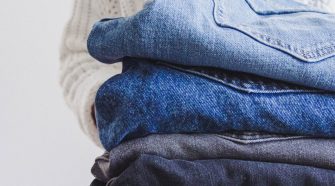 How often should you wash your jeans?