Rapper Lindokuhle  Msomi famously known as  “Intaba Yase Dubai” Msomi  has recently opened up about his abruptly split with his record label, Ambitiouz Entertainment and his song that has repeatedly thrust him into the spotlight, Mali Eningi

In an episode of Podcast and Chill  on Monday the rapper said when he created the song he was not signed under Ambitiouz Entertainment.

“At a later stage Big Zulu told me he put Riky Rick on the song. At that time I didn’t know the song, I only knew that part where I contributed, which was in January when I wanted to release it, so in September I got signed at Ambitiouz. That’s how the song was released.”

“Would also like to announce that me and Ambitiouz Entertainment have parted ways. I will forever be grateful for the opportunity and platform they gave me when no one did. Like I said before I am not fighting anyone or Ambitiouz, I don’t like uncertainty. I Almost gave up on music because I was not paid what I deserve and what I worked hard for,” he said.

“Last year I was depressed and frustrated because I was gigging almost every weekend, but come month end i get paid R3,700? After being in-depth reflection on my career, I won’t quit music, I love it and I am passionate about it, most importantly that’s the only source I have to feed my family,” he said. 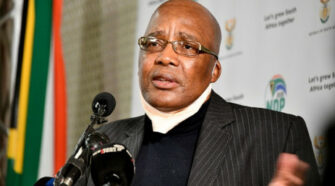