Inno Morolong has once again made it to the list of trends today after a video of a lady being assaulted is shared.

It was made known that Inno assaulted her friend.

The news was made known by reporter, Musa Khawula who shared photos and video of the victim.

Musa stated that Inno assaulted one of her friends on a night out for disrespecting her.

It was reported that she and her friends were leaving a night club and Inno wanted her friends to follow her to the hotel but one declined the offer and she bounced on her.

Musa tweeted: “Inno Morolong attacks one of her friends on a night out fro disrespecting her. It is said Inno Morolong and her friends were leaving a night club and Inno wanted her friend/s to follow her to the hotel. The one friend refused to follow Inno and she attacked her as a result.”

Deliverance Gone Wrong: Woman Takes On Pastor Who Tried To Pray For Her 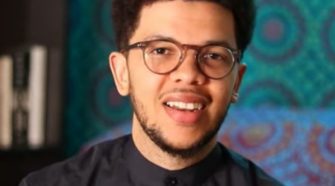