“I regret it because I lost so many opportunities, you understand. I lost so many friends and good things and even if I regret it, I can never reverse time and be able to regain that time. It feels bad. Deep down, I still regret it even today. But I am one of the lucky few to have survived”

Innocent Masuku known for his popular role in YIZO YIZO as Bobo has come out about his drug problems and how drugs ruined his life.

Masuku’s character as Bobo was based on his struggles with drug addiction, little did the viewers know that he was battling drug addiction even in his real life.

Masuku also played on the SABC drama, Tshisa as Baksteen Lerole who got roped into drugs while climbing the music industry ladder.

“The first few years when I tried to quit drugs with all my heart, I had so many problems and lost out on so many opportunities,” he says.

Reminiscing on lost times, Masuku  warned the youth to be careful of the choices they made as those choice s have the potential of denting their future.

” I was a big role model in my community, everyone looked up to me and I have disappointed a lot of people who expected a lot from me”

Innocent Masuku known as Bobo from Yizo Yizo advices the Youth to be in touch with what happens in their community.

Join us as we Commemorate the Youth of 16 June 1976 in Makwarela Stadium, Thohoyandou, Limpopo #EFFJune16 pic.twitter.com/d2sm4udRh8 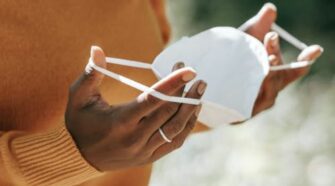