Sizwe Ncumatha who has recently been released from prison after murdering his own father. He was sentenced to 15 years imprisonment and an additional 12 months for intimidating his sister.

In a prodcast interview with Nkululeko N Culture, Ncumatha explain about how he plotted his father’s murder, his arrest, sexuality and his HIV status.

“My father’s death is in my hands, It doesn’t sit well with me and I a trying to move forward and not dwell in the past”

A lot has happened in Ncumatha life after his conviction, He talks about his prison experience and how he has coped with the reality that he is a murderer.

Ncumatha’s troubled life started when he lost his mother in 2012, He was appointed as his mother’s executor. That gave me a lot of power and money at a young age.

He blow all the funds his mother has left for him and he started plotting ways to extort money from his father.

Ncumatha also joined in the life of crime and used the car his mother had left for him as the get away car for house break in around his home town.

He found out that his father had cheated on his mother and had children outside the marriage, Those news fueled Ncumatha’s raged and created more fights between him and his father.

“I used my father’s infidelities’ as an excuse to kill my father. Whilst thinking of new ways to get more money from my dad, I set down and planned,” he said.

Ncumatha has served 8 years in prison and he is out on parole. Through prison rehabilitation programmes, Ncumatha has come to realization of his evil acts and has since reconciled with his family and seek for forgiveness.

Previous I killed my own father for insurance payout- Sizwe Ncuthuma 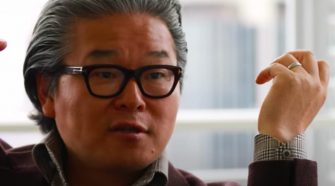