Police in Gauteng are investigating a case of murder after a gym instructor from Tshwane was gunned down during a live zoom session on Wednesday night.

Forty-year-old Lawrence Masinge was a passionate group exercise instructor who was also part of the Department of Sports Arts and Culture’s fitness initiative called #Choose2Bactive.

In a screenshot from the Zoom video, a suspect wearing blue jeans, a black top and a red cap, can be seen shooting Masinge in the head in front of nearly 30 shocked participants.

He says they have launched a manhunt for the suspects involved and the motive is unknown at this stage.

Algoa FM News reached out to Micki Modisami from the Department of Sports who was shocked to learn about Masinge’s death. 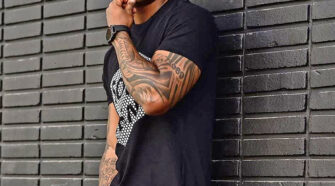 Naak MusiQ shows off his trained body ahead of boxing match