On Thursday, 12 May 2022, a Grade 10 boy learner was stabbed by a Grade 9 boy learner during break time & later passed away in hospital at Thaba-Jabula Secondary School in Pimville.

It alleged that the Grade 9 learner was defending his younger brother who was being bullied by the deceased when the stabbing incident took place inside the school premises. It is reported that he stabbed the deceased for times before fleeing the scene whilst they were fighting.

“We strongly condemn the violent behavior that took place at Thaba-Jabula Secondary School and we always encourage learners to report incidents of bullying so that disciplinary action is taken against perpetrators, revenge cannot be a solution,” he said.

“We wish to extend our deepest condolences to the family of the deceased learner,” he said continued.

MEDIA STATEMENT: @EducationGP1 MEC @Lesufi is disheartened by an incident that occurred at Thaba-Jabula Secondary School in Pimville on Thursday, 12 May 2022, where a Grade 10 boy learner was stabbed by a Grade 9 boy learner during break time & later passed away in hospital. pic.twitter.com/wmET51BZ0V 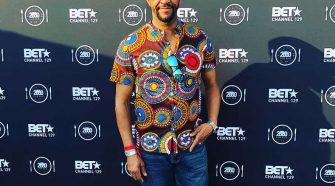