According to a Daily Maverick report, Van Tonder shot himself in the basement of his Sea Point flat on Sunday morning, after a recent struggle with depression.

“Everyone at Spur is devastated at this news of our much-loved former colleague and we are doing all we can to support his family. We ask that everyone give his family space to be by Pierre’s side at this most difficult time,” said Val Nichas, the current CEO of Spur Corporation.

Van Tonder was MD and CEO of the Spur group for 24 years and retired in December 2020.

He joined the restaurant group in 1982 as a junior restaurant manager, and held several senior management positions before he became a director of Spur Steak Ranches and Spur Holdings in 1992.

Under Van Tonder’s leadership, the restaurant group expanded from approximately 40 restaurants into a multi-brand group with 631 restaurants in South Africa and a presence in 17 countries.

Next Fundraising effort to bring back the body of SA student

Naledi Willers has passed on 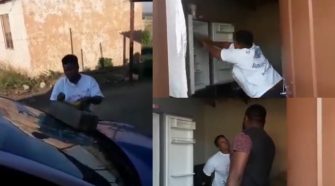 Woman destroys her man’s car, fridge, other household items after she caught him cheating