Former Scandal actor Mbulelo Katise is officially a graduate. He enrolled for a diploma in film and television directing at the Tshwane University of Technology in 2019 six months before he left e.tv’s award-winning telenovela, Scandal.

Mbulelo chose to study film and television and not acting because the creative space has always been his passion, he says he is able to express what he loves in different ways.

“I think one thing about me, I love art in general, because I feel like it can be expressed in so many different ways like for example, I do music as well, you know, I am a rapper. So I consider that also a peak of my art because I write my music and then I go and make it, I write stories, then go and shoot them, I act in stories, so for me, it is all about creating, and that is what generally my main passion is,” he says.

When asked if he will return to acting anytime soon, he admits he will go back eventually but it will not be on a full-time basis. He says he kept his talent alive through small acting gigs over the years.

“I’ve got two answers, yes and no, because I know that I will eventually put my energies into going back to acting but I do not think it will be a full-time thing anymore because I’ve got other interests now. I want to focus my energies on more especially on building myself as a director and writer in the industry.

“And I did a bit of acting actually, I did not do big roles and long-term roles, I did a couple of movies from Mzansi Magic, it was Umbuzo wa Themba, in 2019, then 2020 I did that BET drama of Lebo Mathosa The Dream.”

Next Owner of college arrested for issuing 'fake' certificate 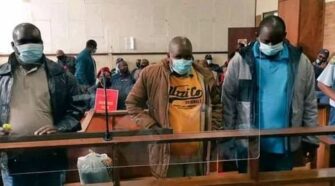