As former Bafana Bafana striker Mark Williams’ divorce settlement wrangle continues to rage on, it has emerged that his ex-wife once shot him in the stomach with a stun gun.

The said shooting incident is reported to have occurred in 2006 during one of their domestic violence brawls.

The former Kaizer Chiefs marksman’s ex-wife is alleged to have shot him with a stun gun in the stomach and then fired another shot which missed and lodged itself into the hard plastic part of the door of his vehicle sometime in July.

Prior to the shooting accident, she alleged is to have broken into Mark’s house and damaged a new plasma television set, a new computer, a fax machine, toaster and kettle and poured wine all over his private belongings before tearing up his bedding.

The shocking incident which was once covered in a veil of secrecy only came to light recently after a fresh fight broke out between Williams and his ex-wife over the Bryanston property.

According to a source close to Williams, Mark and his ex-wife entered into a verbal settlement agreement on how they would divide their multimillion-dollar estate after their acrimonious divorce in 2008.

In the settlement agreement, the two reportedly agreed that each would receive over R1.2-million in cash from their joint account, Tshisalive reports.

After their divorce settlement agreement, in 2009, Williams ex-wife reportedly sold the Melrose property and pocketed the proceeds of the sale and did not share any cent with him.

However, in October last year, Williams was surprised when he received a letter from the sheriff notifying him that his Bryanston home would be auctioned off to the highest bidder and that the two should share the profit generated from its sale.

The Supersport soccer commentator has described his ex-wife as a greedy person who wants to leave him and his new family, homeless.

Williams, who has vowed to fight the case in court has since briefed his lawyers to obtain a court order to stop her from selling his Bryanston house. 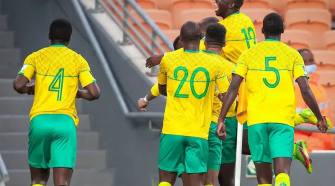