A 57-year-old security guard has been arrested following the shooting of a teenage boy during violent shutdown protests in Mangaung this morning. It is alleged that a group of protesters went to attack a Warehouse in Dr Belcher road, Bloemfontein. The security guard who was alone at the time, fired a shot in a quest to scare the mob but unfortunately hit a 15-year-old boy. The boy died at the scene. The security guard was arrested and will appear in the Bloemfontein Magistrate court on a charge of murder.

In another incident earlier today, a 41-year-old complainant and manager of Mangaung Metro Solid Waste, was driving his white BMW on MacKenzie Street in Heidedal on the way to work when he was stopped by a Silver Isuzu Bakkie with registration number JkJ 673 NW.

Three males from the Bakkie approached him and one pointed him with a firearm and instructed him to get out of the vehicle. They then drove away with his BMW and after a few minutes the vehicle was recovered burnt at MacKenzie street. A case of hijacking has been registered for further investigation.

The situation is still tense and closely monitored by the police.

Next Young man set to launch his own laptop 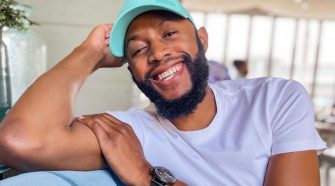