Pirates release Mlambo and 7 others

Fikile Mbalula and the Transport Ministry have shared their preliminary traffic stats for the month of December. The data serves as an indicator of how road safety interventions have made a difference during the busiest time of the year for motorists. Although they’ve enjoyed some marginal success, they still have some ‘speed racers’ to deal with.

The good news, though perhaps not worth celebrating, is that deaths on the road compared to last year’s traffic stats have dropped by nearly 6%. However, with 690 fatalities recorded so far in December 2020, the numbers remain stubbornly high. More than 100 000 traffic fines have been dished out in the past 21 days:

However, Mbalula and his colleagues reserved a special mention for one manic motorist who defied the traffic limits on the N1 – by going more than double the maximum speed allowed on the highway. The driver was caught doing an eye-watering 242 km/h near Ventersburg in the Free State, and the cops were quick to apprehend this warp-speed offender.

Next Actress Sophie Lichaba tells her heartbreaking fight with diabetes 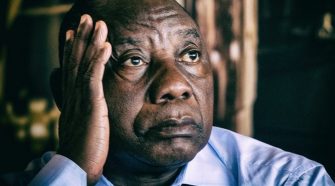