The family of Collin Khosa — allegedly killed by members of the South African National Defence Force (SANDF) in Alexandra — have sent a letter of demand to President Cyril Ramaphosa, asking him to explain what steps will be taken to ensure there is no abuse of power during the Covid-19lockdown.

Khosa — a father of three — died on Friday April 10. A “preliminary medical opinion is that the cause of death is directly related to the assault by the members of the SANDF”, said the letter of demand. A charge of murder has been laid. His family have now also demanded financial compensation for the loss of support.

In the letter, attorney Wikus Steyl of Ian Levitt Attorneys detailed the assault — according to people that were there. He said that female SANDF soldiers came into Khosa’s yard with sjamboks and accused him of breaking the lockdown regulations because they noticed an unattended camping chair in the yard and a “half-full cup of alcohol”.

When Khosa protested that this was lawful, they became agitated, raided his fridge and ordered him outside. They called for backup, said the letter, which included a number of vehicles from the SANDF and the Johannesburg Metro Police Department (JMPD).

Three more SANDF soldiers arrived and, without inquiring any further details from Khosa, they “manhandled and assaulted Mr Khosa in the following manner. In particular, they: poured beer on top of his head and on his body; one member of the SANDF held his hand behind his back, while the other choked him; slammed him against the cement wall; hit him with the butt of the machine gun; kicked, slapped him, punched him on his face and on his stomach and ribs; and slammed him against the steel gate”.

Videos taken by witnesses were deleted by SANDF members, said Steyl. When he was taken to his house, he “later presented with certain signs such as vomiting, losing speech and consciousness and progressively lost his ability to walk”, said the letter. He was declared dead by emergency services, after they arrived.

The letter is also addressed to Defence Minister Nosiviwe Mapisa-Nqakula and to the JMPD’s David Tembe. 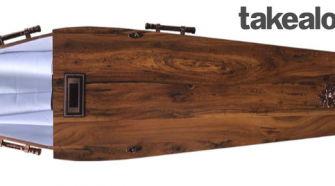