New season of Isencane Lengane has premiered in Moja Love channel 157 and fans can not stop worrying about the deteriorating wellbeing of the young bride Thando Dlamuka.

Thando and Siyacela got married when they were only 16 years old and a lot of mzansi peeps were skeptical of their union.

Thando starting becoming unhappy in their marriage when Siyacela started fooling around with another woman to  a point of even proposing.

#IsencaneLengane
Siyacela: "I'm not in love with Manto, shes in love alone!!

Manto and Siyacela’s relationship has become a bitter pill to swallow for Thando who is currently pregnant with her first child.

However, Manto and Siyacela seem to be feed up with each other and it pretty much seems as though they have lost their spark.

“I am not in love with Manto, she is in love alone,” Siyacela said on last night interview.

Next Family Removes Riky Rick's Music From All Streaming Platforms 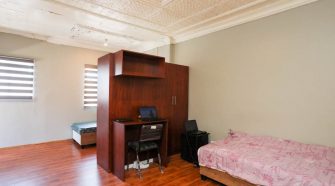 Room for rent in Brixton