rape survivor to present her case at Constitutional Court

I sell cigarettes to feed my family – 12-year-old

Many Zimbabweans applauded the government for bestowing the honor on the supremely talented musician who tragically died on Tuesday night at the age of 31. While a post mortem is yet to be conducted for the flawed genius, doctors at the Mbuya Dorcas Hospital in Waterfalls who pronounced him dead on arrival revealed that the musician’s sugar levels were dangerously elevated. Soul was a known diabetic who had lived with the condition since the age of 7.

National Hero status is the highest honor that can be conferred on any individual and this grants the recipient the privilege to be buried at the National Heroes Acre. This also comes with benefits for the family of the national hero.

Provincial Hero of Zimbabwe is also referred to as Liberation Hero status. This is the second-highest honor that can be bestowed on an individual. It entitles the person to be buried at a provincial Heroes Acre and comes with benefits for their family.

Late Dendera music chanter Simon Chimbetu and Chinx Chingaira, born Dick Chingaira Makoni, were both declared liberation war heroes when they died 2005 and 2017 respectively. International music icon Oliver Mtukudzi was also conferred with national hero status when he died 2019 although he had no liberation war history.

While his death united a generally divided nation, few would have dreamt the Mbare born artiste could rise to being conferred with one of the highest honors of the land.

Previous Boity is grateful to her ancestors 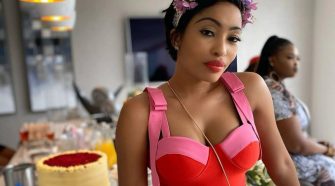