Moshe Ndiki Arrested For Beating Up His Bae, Phelo Bala

Love between 2 brothers who grew up together inspires South Africans

Gugu Gumede is a celebrated South African actress who plays the character of MaMlambo on South Africa most watched soapie Uzalo. Mamlambo Uzalo in real life is the daughter of a South African freedom fighter and noticeable politician, MP Zanele kaMagwaza Msibi and the late Simon Hulumeni Gumede.

Gumede is a great actress as it is easy to differentiate her from Ma’Mlambo. She can easily get into character and snap out of it again naturally. Her theatre experience has even convinced the Uzalo fans that she is in her forties. The renowned actress believes in the power her tongue holds. She develops an obsession for acting at a young age of nine and talks it into life when she tells her friend that she will be an actor someday.

Before joining the Uzalo cast the celebrated star actress starred on Generations in 2015. Later that year the lively actress bagged a lead role on Uzalo as MaMlambo. In 2018, she presented the 11th Crown Gospel Music Awards along with Somizi Mhlongo, Rebecca Malope, Clement Maosa and other celebrities.

Many questions have been asked on how much MaMlambo takes home from Uzalo on monthly basis. Salaries of actors differ with the production house however salaries of the highest-paid actors in the entertainment industry are based on variables such as show ratings, years of experience and obviously skills competence. Common reason edicts assert that Uzalo has the highest ratings and it recently enclosed Generations: The Legacy on viewership reviews.

Uzalo boasts more than 9.88 million viewers while Generations has about 9.1 million viewers, as many could obviously assume that Uzalo would have the highest-paid performers, but that’s not the case. The Uzalo troublemaker MaMlambo gets a salary between R35 000 to R45 000 per month depending on scenes featured.

When she is not on-set, she is either at church or making side hustles. Talk about keeping the hustle alive. That is how she keeps her money rolling in and all these gigs she is scooping are cashing in a massive R200 000.

Next SA traffic stats for December so far 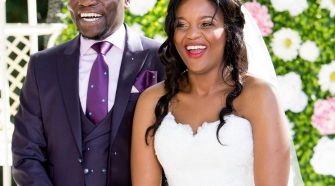