Scores of people have come out to support Jesse Griesel after she received backlash for running as an EFF candidate for UCT’s Student Representative Council elections.

Griesel is running for the 2021/2022 term. Voting kicked off at the Cape Town university on Monday.

She was labelled a “race traitor” when she announced her candidacy in September.

“Just imagine if your ancestors had adopted EFF principles – you would not have a uni to go to,” one Twitter user told her.

DA councillor Renaldo Gouws also joined in. He says Griesel joining the EFF is “akin to a Jew joining the Nazi Party”.

“When you want to stand out and be seen and do it for reasons that will make you famous INSTEAD of doing it on principles and your value. This is akin to a Jew joining the Nazi Party. The difference is she will gladly sing “Kill the Boer” and not get what it means,” he tweeted.

Some Twitter users clapped back. One woman says it is surprising that Gouws would make such remarks considering he is a member of a party that claims it doesn’t “see colour”.

“You’ve been attacking this young woman for days. What’s it to you what political party she joins? And in such a venomous way. It’s the same language used against black DA supporters. There’s something very wrong with you man. Does she feel like a race traitor to you? Heal,” she replied.

Griesel is not the only person in Gouws’ firing line. He also took a swipe at Christiaan Carstens – an ANC candidate for the local government elections – and EFF supporter Jack Markovitz.

“One day I will tell you the story about the young man in the tweet below. The white EFF supporter. There were death threats. He was being chased down the street. The Jewish community in Cape Town was worried. Why did he support the EFF then said your DA leaders. Shook.”

One white Twitter user says being pro-black is dangerous.

“As a white (Afrikaans) South African, it can be dangerous being gay, being trans, being queer, being feminine, being butch, being disabled, being atheist, but there are very few things that’s as dangerous as being pro-black and pro-working class,” he wrote in reply to van Damme.

Van Damme and Gouws then engaged in a heated argument that ended with the former calling the latter a “gross a** man”.

Previous Mohale Motaung Starts A Chapter As A Radio Presenter

Next The causes and remedies to dark inner thighs 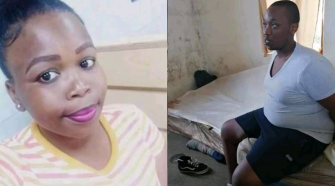