A total of 1585 Covid-19 infections have been recorded in South Africa as of Saturday.

This is an increase of 80 from the previously reported figured.

Gauteng continues to lead with 693 cases followed by the Western Cape with 433.

There have been nine confirmed Covid-19 related deaths in the country so far.

The country’s first death was confirmed on the first day of the nationwide lockdown.

SA has been on lockdown since Friday 27 March. The 21-day lockdown concludes at midnight on 16 April.

A national state of disaster has been declared amid the Coronavirus outbreak. This has resulted in stringent measures being implemented to curb the spread of the virus, including travel bans, the shutting down of schools as well as businesses not offering essential goods and services.

Public transport has also been limited under lockdown.

The police, with the help of the army, have been deployed to ensure the regulations are enforced and adhered to.

Police watchdog, the Independent Police Investigative Directorate (Ipid), is investigating eight deaths which have been recorded since the lockdown came into effect.

Ipid says there had been six deaths as a result of police action, with two deaths in police custody. However, it’s unclear how many of these incidents were unlawful.

Captain Sir Tom Moore Dies of the Coronavirus at age 100 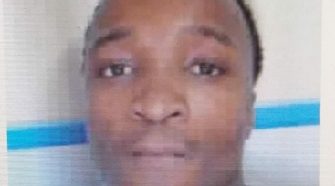