DJ Zinhle has opened a case against her former employee after allegedly being robbed of R500 000.

Phumzile Diko is set to appear at the Protea Magistrates’ Court on Wednesday for fraud after allegedly stealing R500 000 from DJ Zinhle’s business account.

Phindi Mjonondwane National Prosecuting Authority spokesperson said that Diko worked with the star  in the accounts department of her company.

She said details of the case will be revealed in court on Wednesday when Diko will appear for a formal bail application.

Next SABC suffers A R600 million lose in Revenue 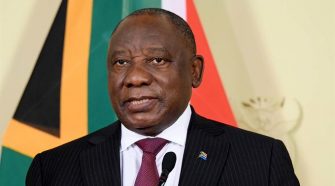 COVID-19: Get ready for a family meeting…soon