Radio co-host Dineo Ranaka has been accused of not giving  her co-host Sol Phenduka airtime. Sol and Dineo host the 959 Breakfast show on radio station Kaya 959 every weekday.

The duo joined the station in July, with Dineo coming in from Metro FM while Kaya handpicked Sol because of his wit on Podcast And Chill With MacG.

However, radio listeners are weighing in on the combination, and they believe Dineo Ranaka is “bullying” Sol and vehemently trying to outshine him.

Sol Phenduka has slowly morphed into one of Mzansi’s favourite broadcasters and podcasters because of his witty puns and rib-cracking statements on MacG’s podcast.

It is said Dineo Ranaka sent Sol Phenduka to McDonald's on their first day while the show was live.

How did Sol even agree to that?

When Sol Phenduka tries to talk on that radio show

Sol Phenduka now has to raise hands so that Dineo can give him a chance to speak its tough pic.twitter.com/watkDB72G2

Next Man arrested after stabbing grandmother to death 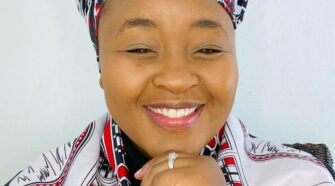 SA government disapproves of a woman marrying more than one husband