Democratic Alliance, has expressed concerns of the treatment of patients at Thelle Mogoerane Hospital in Volsoorus.

It is alleged that patients are suffering due to shortage of  plaster of Paris to set broken limbs and bone fractures.

“It is unbelievable that this hospital has had a shortage of this basic medical commodity since April this year.”

In a statement the DA said that “Plaster of Paris is used to protect and immobilise broken bones, but doctors at the Orthopaedic Department are only able to use bandages which provide no support.”

“A simple ankle fracture can be treated with plaster of Paris that costs R100, but surgery that costs about R10 000 is often the only alternative when there is no plaster.” continued the DA.

The DA further stated that, the hospital’s Orthopaedic Department sees about 100 patients a day, most of whom would usually require plaster of Paris to assist their healing.

Cardboard has sometimes been used to stabilise a broken limb!

The DA has also questioned why the hospital is unable to procure plaster of Paris which is a common product with alternative suppliers.

“We have alerted the Head of the Gauteng Health Department to this issue, but I am sure that donations of plaster of Paris would be most appreciated by the Orthopaedic Department.” said the DA

Anyone who is prepared to speedily assist with a bulk supply of plaster of Paris can contact me at Tel: 082 333 4222. 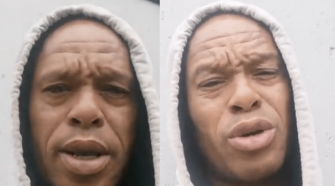